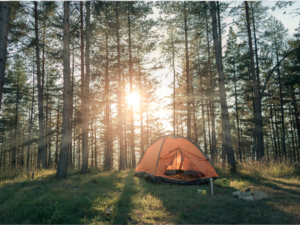 A new federal law makes compensation available to individuals who lived or worked at Camp Lejeune Marine Corps Base between 1953 and 1987 if they have since developed serious health conditions that may be linked to contaminated drinking water on the base.

After the recent passage of the Camp Lejeune Justice Act of 2022, thousands of lawsuits are expected to be filed with the U.S. District Court for the Eastern District of North Carolina.

If you or a loved one was harmed by exposure to toxic chemicals in the water at Camp Lejeune between 1953 and 1987, the legal team at Younce, Vtipil, Baznik & Banks, P.A., in Raleigh, NC, can help you seek compensation. Our attorneys can provide a free legal consultation to anyone who may have been harmed by contaminated water at Camp Lejeune and seek compensation for you if you qualify. This is not a Veterans Administration program and compensation is not limited to service members.

At Younce, Vtipil, Baznik & Banks, P.A., our legal team is dedicated to providing outstanding client service and unflinching legal representation. The majority of our attorneys and support staff have worked with our firm for many years. We have the resources needed to prepare complex mass tort cases, such as the cases that fall within the recently passed Camp Lejeune Justice Act of 2022.

The Camp Lejeune Justice Act of 2022 allows two years to bring water contamination lawsuits from the date the legislation was enacted as part of the larger Honoring Our PACT Act. The law also requires filing a claim for an administrative adjustment under the Federal Tort Claims Act (FTCA) before filing a lawsuit. That typically leads to a six-month process before lawsuits are allowed.

Do not delay! Thousands of Camp Lejeune water contamination claims are expected to be filed.

Contact Younce, Vtipil, Baznik & Banks, P.A., today if you or a loved one had any connection to Camp Lejeune between August 1953 and December 1987 and you later developed a serious health condition. You may be eligible to claim compensation under the new federal law.

In a 2009 report, the National Research Council Committee on Contaminated Drinking Water at Camp Lejeune said the groundwater on the Marine base became contaminated with perchloroethylene (PCE), a manufactured chemical used for dry cleaning and metal degreasing, due to improper disposal practices and spills by an off-base dry cleaner that began operations in 1953.

The report also says multiple sources likely contributed to trichloroethylene (TCE) contamination of groundwater at Camp Lejeune, which began in the early 1980s.

Trichloroethylene is used as a solvent for cleaning metal parts, such as weapons. Contamination of groundwater at Camp Lejeune with TCE is blamed on leaks from underground storage tanks and drums at dumps and storage lots, as well as on spills at industrial sites on base.

TCE was the primary contaminant found at the Hadnot Point water treatment plant at Camp Lejeune.

Other toxic chemicals found in the water supply at Camp Lejeune included:

Prior to 1987, contaminated water supplied by the Tarawa Terrace and Hadnot Point water treatment plants at Camp Lejeune served:

The Hadnot Point treatment plan also supplied water to housing on the Holcomb Boulevard water system full-time until 1972 and periodically until 1987.

The Agency for Toxic Substances and Disease Registry (ATSDR), an agency of the U.S. Department of Health and Human Services, has determined that exposure to toxic chemicals detected in drinking water at Camp Lejeune could cause:

Are You Eligible for Camp Lejeune Water Contamination Compensation?

Under the Camp Lejeune Justice Act of 2022, anyone who was on base at Camp Lejeune regularly for 30 days or longer between August 1953 and the end of 1987 and has developed an illness or other health condition linked to contaminated water on the base is eligible to seek compensation.

The federal ATSDR says as many as 1 million service members, civilian workers, and their families may have been exposed to contaminated drinking water at Camp Lejeune between the early 1950s and late 1980s.

Those potentially eligible to file claims include:

If you were exposed to water at Camp Lejeune within the 1953-1987 time frame and have developed any serious illness with an unexplained cause, we urge you to contact Younce, Vtipil, Baznik & Banks, P.A., today. Our legal team can evaluate whether you are eligible to pursue compensation for your exposure to contaminated water at Camp Lejeune.

Individuals or survivors of individuals who lived or worked at Camp Lejeune for at least 30 days during the designated time period may seek compensation for injuries caused by contaminated water on the Marine base by filing civil lawsuits in the U.S. District Court in the Eastern District of North Carolina.

However, before an individual may file a lawsuit, the Camp Lejeune Justice Act requires submitting an administrative claim under the Federal Tort Claims Act. The FTCA gives the presiding federal agency targeted by claims for compensation the opportunity to determine a disposition for claims submitted.

Once a claim is submitted, the Department of the Navy has six months to either accept the claim and offer a settlement or deny it. After six months or upon receiving notice of a denial, the injured individual may file a lawsuit in federal court.

In most cases, the federal agency denies the administrative claim to clear the way for the courts to hear cases. However, in Camp Lejeune water contamination cases, it’s possible that the DOD may offer settlements because the intent of the Camp Lejeune Justice Act is to right a longstanding injustice and provide financial compensation for those harmed by exposure to contaminated drinking water.

The Camp Lejeune Justice Act requires that any water contamination lawsuits filed must be filed in the federal court in the Eastern District of North Carolina. As the cases move through the system, the federal court may decide for the sake of efficiency to group the cases for some pre-trial aspects of the litigation.  It’s also possible some early cases may go to trial before any grouping of the cases occurs.

Compensating all eligible victims of contaminated water at Camp Lejeune is likely to be a lengthy process, despite the government’s commitment and a 2024 deadline for bringing lawsuits. The Congressional Budget Office has projected spending $6.1 billion between 2022 and 2031 to compensate victims of Camp Lejeune water contamination. If you are eligible for compensation, it is best to have your claim underway as soon as possible.

If you may be eligible for compensation for victims of water contamination at Camp Lejeune contact Younce, Vtipil, Baznik & Banks, P.A., in Raleigh, North Carolina, today.

Our experienced and dedicated team of Camp Lejeune attorneys is working to process potential water contamination claims quickly and accurately so that we may seek full compensation for deserving veterans and civilians.

Contact Younce, Vtipil, Baznik & Banks, P.A. as soon as possible to set up a free legal consultation or to discuss assistance with an existing claim. Contact us online or at (877) 762-9071 in Raleigh, N.C.