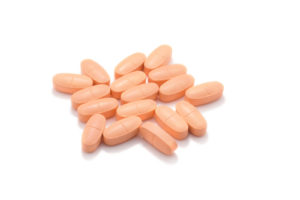 Our firm is no longer actively pursuing cases for Ketek.

Ketek (Telithromycin) is an antibiotic used to treat certain respiratory (lung and sinus) infections, including bronchitis and pneumonia. These conditions include acute exacerbation of chronic bronchitis, acute bacterial sinusitis, and community acquired pneumonia of mild to moderate severity, including pneumonia caused by resistant strep infections.

Manufactured by Sanofi-Aventis, Ketek was first approved in April 2004 by the the United States Food and Drug Administration (“FDA”). However, on January 20, 2006, researchers reported three cases of severe liver problems associated with Ketek, including one death, in patients at a North Carolina hospital.

The fact that three cases were reported in one hospital was cause for great concern. The FDA issued a public health advisory as a result of the reporting of these cases. All three of the patients prompting the FDA’s advisory developed jaundice and abnormal liver function. One patient recovered, one required a transplant, and one died.

As of July 2006, there have been 4 deaths and one liver transplant associated with Ketek, although the FDA acknowledged that the true incidence of injuries may be higher. The FDA stated that “it is difficult to determine the exact frequency of Ketek associated adverse events on the basis of FDA’s mandatory and voluntary reporting systems.”

The FDA and the U.S. Congress early in 2006 began an investigation into the approval, use, and potentially lethal side-effects of this drug, and on June 29, 2006 announced that additional warnings would be required to be placed on the manufacturer’s labeling of the product.

The signs and symptoms of liver failure include fatigue, malaise, loss of appetite, nausea, yellow skin and dark colored urine. If you or a loved one have ingested Ketek, and have experienced jaundice (yellowing of the skin and/or eyes), blurry vision, loss of appetite, dark urine, pale stools, and/or itching or abdominal pain, see a doctor immediately. These may all be signs of serious liver damage potentially related to Ketek, including drug-induced hepatitis and liver failure.

If a visit to your healthcare provider is warranted, you also owe it to yourself to speak to an injury attorney to see if you have a case and to discuss the possibility of bringing a lawsuit to recover for your damages and injuries. The attorney will be able to ascertain if you have a claim for which a lawsuit can be pursued and whether the case and lawsuit can be brought to a successful settlement, verdict, award or other recovery. The lawyer will also be able to advise you on any deadlines for bringing your legal claim for damages.